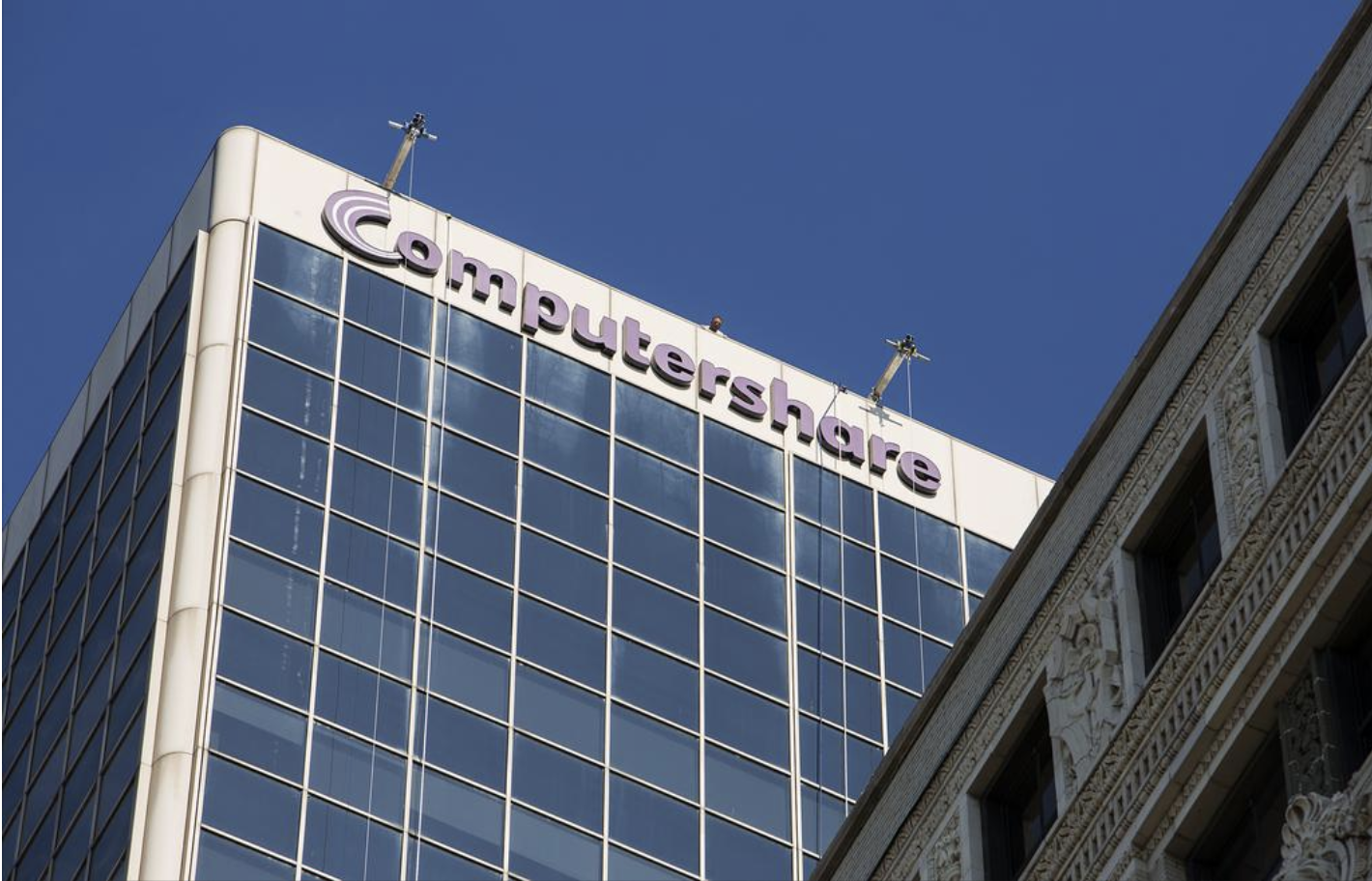 Computershare just reached 650 employees in downtown Louisville and wanted the sign to showcase its commitment to the city. Louisville’s Meidinger Tower soon might pick up a new nickname: the Computershare building. Computershare Inc. erected a large sign on the top of the building this week and will celebrate the new signage during a Monday morning ceremony.

Computershare is a global technology company that is based in Melbourne, Australia. Its services include transfer agency and share registration, employee equity plans, proxy solicitation and stakeholder communications. It has been growing rapidly in downtown Louisville, which is part of the reason for the sign.

Joe Williams, Computershare’s corporate communications manager, said the sign has gone up to mark the company hiring its 650th employee in the Louisville office.”The building has now hosted a major Computershare office for three years, and the new sign reflects our growing presence and commitment to the city,” Williams said in an email.

The Louisville office is an operational center for Computershare’s U.S. business. It takes up seven floors and about 100,000 square feet in the Meidinger Tower, at the corner of Fourth Street and Muhammad Ali Boulevard. Louisville-based NAI Fortis Group, the commercial real estate firm that manages Meidinger Tower, said the building’s name will not change with the sign’s placement.

Computershare officials told us in October of last year that the company aims to have 700 employees by the end of 2018 with aspirations to add as many as 1,100, based on hiring estimates previously provided to the state. The jobs are expected to pay an average hourly wage of $30, and Computershare’s total Louisville investment has been estimated at $32 million over a 10-year period, according to the company’s previous filings with the Kentucky Economic Development Finance Authority.

Signage rights for downtown office towers can bring a company enhanced marketing power and brand awareness, and I reported in October that a building’s nickname often has more staying power than its formal name.

A good example of this is the former Aegon Center, which rebranded in 2014 to 400 West Market after Aegon departed. Many people in the city refer to the tower as the Mercer building because Mercer — a global consulting company — stamped its name on the complex several years ago in a significant signage rights deal. Terms of Computershare’s signage rights deal for Meidinger Tower were not disclosed.

The 26-story Meidinger Tower is a Class A office tower of 331,000 square feet that is almost fully leased. The building has a mix of professional firms and technologically inclined companies, including Mountjoy Chilton Medley LLP, River Road Asset Management LLC, Cotiviti and Seiller Waterman LLC. Louisville Business First also is a tenant.

The building was purchased about a year ago by Florida-based In-Rel Properties for $32 million. It’s one of the tallest buildings in Louisville, as you can see in this slideshow.