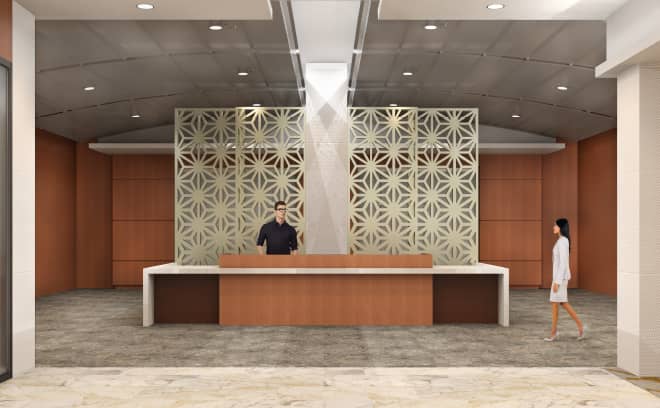 The focal point of the East Memphis skyline is getting an at least $6 million renovation.

Work at the 34-story Clark Tower has started and is scheduled to be finished by the end of the third quarter.

Last December, In-Rel Properties discussed its plans to inject $6 million to $7 million in a Clark Tower remodel. Now there are visuals.

In-Rel owns both Clark Tower and the adjacent and more recently purchased I-Bank Tower. The two buildings have not been under the same ownership since they were constructed in 1973 and 1967, respectively.